This Sunday, the ladies celebrated unsung heroines in their communities with Kwansema’s story about the great chief Priestess of the Fante Empire, Okomfo Amona, emerging as the best performance of the night.

Edith Artur, representing the Central region in the GMB competition, fearless, vigorous and effective demonstration of the industrious chief priestess, Okomfo Amona, was successfully impressive. Her delivery of Okomfo Amona’s essential contribution to the existence of the Fante empire was very eye-opening.

“I know you are wondering why I hail the three warlords of the Fante empire. Well, I am here to talk about the very powerful woman that is not known. Her name is never mentioned. Her name is Okomfo Amona. Okomfo Amona is a woman, a powerful priestess, who suggested and is the brainchild of the Fante migration from Techiman-Krako to Mankessim.”

According to Kwansema, Okomfo Amona suggested that a separation was necessary when a dispute over the rightful owner of the Black Royal Stool (The Kasagua) could not be resolved amicably.

“Okomfo Amona and the three men lead the Mfantsefo to cross the River Pra with the help of the Kasagua. They journeyed along the Okye River and got to a place called Kaman where Obunumankoma and Odapagyan died and were buried.”

This unfortunate incident did not stop the journey as the Fante continued towards the south. They first arrived at a settlement called Adoakyir and its natives, nicknamed “Etsi-fue-yifo” meaning people with bushy hair. And with Okomfo Amona at the war front, the Fantes defeated the existing inhabitants and took over the land.

“Victoriously, she declared, ‘Tell our people, tell our people, tell them that this land is our final destination. And we have been guided here by the Kasagua, the seat of our ancestors. And so she and Oson named this place, Oman Kesemu meaning bigger town.”

Kwamsema revealed the preparations that the chief priestess took to ensure that their victory is long and permanent. One such activity was the planting of the Spear, which signified the Royal heritage of the people. It is also known as the place where the first chief was enstooled.

“One fascinating thing that exhumes the power of Amona is that the stool can never be removed by mortal hands. After the death of the third warlord, Oson, Okomfo Amona journeyed back to Kaman to exhume the remains of Obunumankoma and Odapagyan. Brought them back to Mankessim and then buried them in a place she had prepared called Nana-nom-pow.”

To keep your favourite contestant in the competition, kindy vote by sending shortcode 71313# or Download the GMB app on Google play store or Apple store. 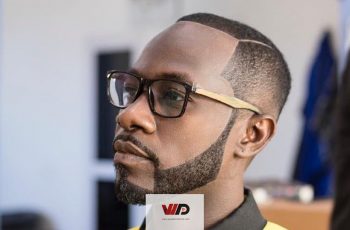