The BET, Nickelodeon and multiple VGMA awards winner announced his intent to kick off his own Reality Show in Ghana.

In an interview with Adwoa Noella, presenter of MTN Hitmaker’s Behind the Scene Magazine show which is produced by Platinum Live Multimedia, the Dance Hall hits maker said that in his effort to create opportunities for talented young Ghanaians, he will soon join platforms like MTN Hitmaker and others to start his own Reality Show. No major details yet but it’s suspected to be a talent discovery to “bossup” young artistes unto bigger stages.

Stonebwoy who was invited as guest Judge on MTN Hitmaker which was recorded on Tuesday 19th of November, 2019 at the National Theatre commended the executive producer of the show MTN for creating the reality show platform and breeding talented hitmakers.

He said, “It’s a nice program you know, it’s the eigth edition and I think MTN Hitmaker has unearthed a lot of fantastic talents”.

Livingstone Etse Satekla, better known as Stonbwoy also urged stakeholders to continue offering platforms to budding Ghanaian talents and beseech more and more people to get involved in this avenue.

That is where the AFRIMA award winner stated, “in an effort to create more and more of us, I have an initiative coming which is the BOSSDEM so plus the MTN Hitmaker and all of them, it creates an opportunity for them”.

The Burniton Music Group C.E.O however did not give action plans and timelines for this new baby he calls BOSSDEM. 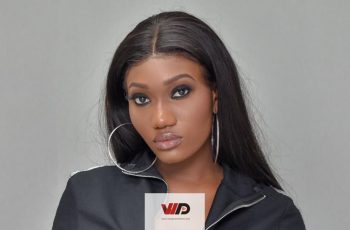