The founder and editor of FNN24.com, Mr. Frederick Noamesi has engaged his longtime girlfriend Ms. Regina Atati at a classic traditional marriage ceremony today, December 26, 2019, at Kisseman, a suburb of Accra.

The engagement ceremony which has paved the way for the white wedding was attended by families and close friends.

Mr. Noamesi, though a celebrity blogger has managed to keep news of today’s event from social media and bloggers which many says came as a chilling surprise to them.

Awake News’ Editor, Efo Korsi Senyo who is very close to the twin media personalities attended the programme and came out with these photos.

According to him, the event was climaxed with cheers and joy when the two twin media personalities, Frederick and Fred appeared in the same attire and stormed the engagement ceremony grouds which made people asking if the bride will be able to identify her groom. 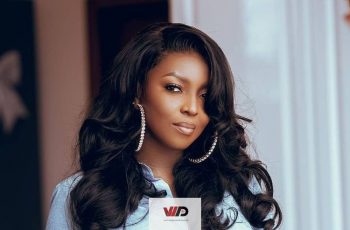