She had her early primary education in Nigeria and later moved to Ghana to continue her schooling. Abitemi was first noticed by her Choirmaster who encouraged her to pursue music as he could identify a unique sense of talent in her. Even at that early age, she displayed soul touching music performances by meandering through several difficult notes only in her first week as a chorister.

Even though her talent was brewed from the church, her music journey began with a genre that was not directly familiar with the modus operandi of the church. She began music as a phenomenal rapper with covers on popular songs. She did her own rendition of Tulenkey’s “F Boys” which got her identified by GLO the telecommunication network giant who in turn gave her an opportunity to display her talent at the first ever edition of the GLO Mega Show in Ghana.

Abitemi rose to fame as Africa’s fastest rising star with her debut Afrobeat banger dubbed “Pariwo” which means ‘shout’ in Yoruba that she released in 2021. In addition, the young sensation has released yet another masterpiece dubbed “Yeah” which is fast growing into the status of “The African Afrobeat Anthem” for the year 2022.

Abitemi’s newest single, “Yeah” which is off her soon to come EP, has gotten her five nominations in the MMA Awards scheme. She has shared stages with super talents like Fameye, Wendy Shay, Flavour, Yemi Alade, Kuami Eugene, Sarkodie, Stonebwoy, Davido, etc who undoubtedly were mesmerized by her talent and ultimately crowned her the next big thing.

The young African Queen of Afrobeat music, Abitemi currently resides in Ghana in pursuant of her lifelong dream as a great artiste. She has so far dazzled fans all over Africa with her breathtaking performances.

Abitemi is currently working on an Extended Playlist (EP) Tape titled, “Just The Beginning” (JTB) which will be out in the music market very soon. 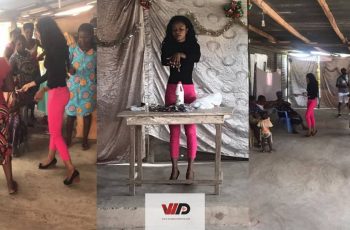 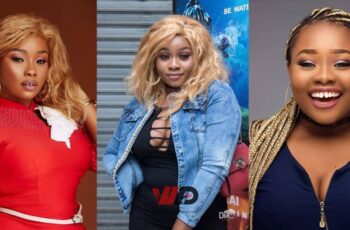