Home
News
Local
Kente Weaving Did Not Start From Bonwire, Let Us Not Rewrite History

Ethnocentrism and tribal bigotry should have no place in our national discourse if we seek to build a truly united Ghana. I do not intend to stoke the fires or spark another round of debate, but the information put out by Badu Nkansah and Nelly Martinson Anim, in their History of Ghana, Textbook 3, that the Ewes learnt Kente Weaving from the Akans is not factually correct. There are many forms of hand-woven textiles across Africa, though the Ghanaian version, popularly referred to as Kente, remains the most iconic and valued because of its beauty, patterns, motifs, figurative feelings, history, philosophies etc. Ghana is dotted with many communities weaving textiles by hand.

According to Mr. Elvis Ativoe in an interview with iDO GH News Volta Regional Reporter said, ”The Agotimes call their hand-woven textile Agbamevor, meaning the cloth woven in the loom. To give it a national identity, we have come to accept the common tagline for the cloth as Kente. Though similar in patterns and designs, the two versions are not the same. Agbamevor in Agotime is a revered bodily attire and a key element of royal regalia. It depicts the status, power, and authority of Chiefs and Queen Mothers in Agotime.

Until recently, Agbamevor was worn only by Chiefs and Queen Mothers in the Agotime State. Though the cloth is generally referred to as Kente and generally accepted as such because of the leadership and dominance of the Akan culture, it nevertheless suggests that the Ewes learnt the art of hand-woven textile from the Akans. Ewe Chiefs have long dressed in Agbamevor before modern day Ghana.”

Mr. Ativoe went on to say, “In Agotime, Agbamevor (Kente) symbolizes our culture and tradition. In fact, it is our way of life. Agbamevor (Kente) features prominently in all our cultural practices and traditional rites. Right from Dipo or Puberty Rites for Young Girls, Marriage Rites, Rites for Women during maiden Pregnancy, Rites After First Child, Out-doorings & Naming Ceremonies, Twins Rites, Death and Burial Rites, Widowhood Rites, Kingship, Chieftaincy Rites & Firing of Musketry among others, Agbamevor (Kente) has its role to play. How interesting must it be that our forebears could learn the art of weaving Agbamevor from another tribe and wisely be able to integrate it so well into our cultural and traditional practices as a people? They must be superheroes then?”.

In Agotime, Kente Weaving is the outcome and perfection of centuries of painstaking artwork by our forebears. Our ancestors practiced Weaving for centuries before our arrival in present day Ghana. Kente Weaving has been our trade and source of livelihood throughout the ages. It is out of years of painstaking development of the trade that the first ever Kente Weaving Competition organized in modern day Ghana was won by a Master Weaver from Agotime or for that matter the Ewe land. Indeed, Attixali must have been a genius to beat hands down, those who taught his ancestors the art of Kente Weaving. Truth be told, everyone came from somewhere and that is a fact.

A careful look at the migration history of the people of Agotime, the community with the highest concentration of Weavers among the Ewe speaking Communities in Ghana would give any reader a better appreciation of why the Agotimes are Master Weavers.
The Agotimes or the Lehs migrated from Pony in ancient Egypt. From Pony in Egypt, the Agotimes settled in South Sudan between the confluence of blue and white Niles among the Dinkas of South Sudan specifically at the Neur Clan. In Southern Sudan, the Agotimes formed part of the ancient and famous Songhai Empire noted for civilization. Following the disintegration of the Songhai Empire due to Islamist insurgency at the time, the Agotimes moved southwards.

From Ketu, the Agotimes moved to Ile-Efe in Nigeria. From Ife, the Agotimes moved southwards to the Gulf of Guinea; and in small canoes landed at Osudoku, Kpon, Ningo and Ada Areas between 1300 and 1400 AD before moving to settle in the Volta Region. From Nigeria, Benin and Togo where the other Ewe Groups are believed to have migrated from, there are pockets of Weaving Communities in each of these countries where they journeyed from; indicating that Ewes had previous knowledge of the art of weaving before arrival in present day Ghana.

The various accessories of weaving have ewe local names and not Akan names. If the Akan indeed taught Ewes how to weave Kente, the names of the various accessories should have been Akan names and not the other way round. At best, the word Kente evolved from the instructional word, Ke-na-te, meaning, open the warp, pass the yarn through, and hit.
This was the way our forebears taught non-ewe speaking people, the sacred knowledge of the art of weaving Agbemevor, otherwise known as Kente. Let me also put on record that the dexterity with which Master Weavers of Agotime could weave complex or intricate motifs or insignias into the cloth is a testament of how long the trade has been practiced among the people of Agotime before arrival in modern day Ghana.

In his conclusion, he asked a question, Where else can one learn geometry better than in Egypt? Has the world been able to unravel the mystery of the pyramids? That is the kind of geometrical concept used by our forebears in producing shapes and forms in the Kente cloth.
The patterns in our designs reveal a wealth of information about our history, ancestry, cultural practices, and religious beliefs among others. For purposes of illustration, here is a piece of Agbamevor from Agotime (Gabusu) with coded messages, proverbs, and philosophies. The truth is, if you know, you know. So, these blatant fabrications and distortions of our Ghanaian history must stop and it must stop now. We the Agotimes are Masters of our trade, though we recognize the best in our peers. 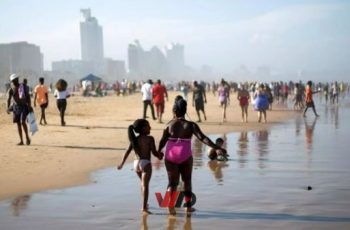 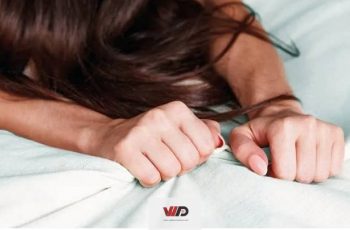