Ghanaian artiste Chief One has said that the lyrics of his version of Olamide’s ‘Wo’ song was a jab at some Ghanaian ladies over how they conduct themselves.

He stated that the purpose of the song was to preach against ladies who dress provocatively and encourage decent dressing among Ghanaian ladies.

Chief One told Daryl Two Stepz on his Hot Quiz show that some attitude of some Ghanaian ladies leaves much to be desired and he sought to address that in his song.

He indicated some women have the tendency of exposing some parts of their body and as someone who prides in Ghanaians culture, he abhors such things.

“I was condemning the ladies in that song yet it blew all over. It was surprising and exciting at the same time. I believe there are some issues with some of our ladies which need addressing. We have to speak up against such things,” he said.

Chief One also urged Ghanaians to view him as a credible and national celebrity instead of boxing him to the Volta Region.

He said his craft has gone beyond the Volta Region and that it is high time, he is viewed and respected as such.

Watch the video below 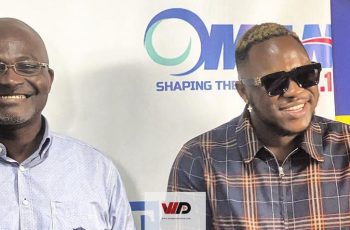